Share a memory
Obituary & Services
Tribute Wall
Read more about the life story of Delores and share your memory.

Fireworks should be going off today. They say dynamite comes in small packages and that was our mother. Who knew so much love could come in such a small package? She was protective of her family, steadfast in her beliefs. A bit stubborn, well, perhaps more than a bit but I think that is why we loved her so. She taught us how to love, how to give, and what was truly most important, family.

She was just seventeen when she married Dad and before long caring for six children, running a farm, gardening, cooking, canning, and even hunting to put food on the table. When we lost the home place and had to move to town, she went to work at Saint Mary’s Hospital. She would care for many while raising us. She was a woman with so many talents. A carpenter, remodeling our home and tearing down an old home next to ours to build a garage. She loved working with her hands. She was a woodworker, a craftsman, a crochetter, seamstress, and many other things.

She worked as hard as she loved and was fiercely independent. She could do anything she set her mind to, expected each of us to do the same. This strong independent woman was our mother. I won’t say there wasn’t sadness, that there wasn’t pain, because there was. Inside that hard exterior, her heart was often heavy. Those of us that loved her knew of that pain. Perhaps what she was is best said in the song The Rose, “and the soul afraid of dying that never learned to live”. For you see, she was afraid.

On November 16, 2022 at 2:12 am that fear left her soul for “when the night has been too lonely, and the road has been to long and you think that love is only for the lucky and the strong. Just remember in the winter, far beneath the bitter snow, lies the seed that in the spring becomes the rose.” Now she walks with him in the garden, he talks with her, and he tells her she is his own and the joy she feels is felt here as well. Rest well Momma.

Online condolences may be offered at www.schanhoferfh.com.

Lanham-Schanhofer Funeral Home and Cremation is assisting the family with arrangements.

To send flowers to the family or plant a tree in memory of Delores J. Thurston, please visit our floral store. 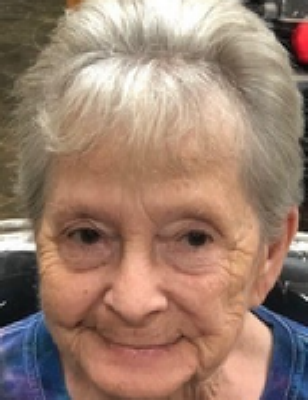