Read more about the life story of Earl and share your memory.

Earl Charles Marshall, 90, of Sparta, died Tuesday, November 22, 2022 at Tomah VA Medical Center. He was born on November 10, 1932 to Charles and Maude (Dolan) Marshall, in La Farge, WI; and was the youngest of five children. He grew up in La Farge and Dell, WI; later moving to Sparta, where he attended Sparta High School.

Earl enlisted in the Air Force in 1952, and proudly served until 1956 as a crew chief on a B47 bomber; often saying that joining the Air Force was the best decision he ever made.

Earl married the former Doris Livangood on July 11, 1953 in Sparta. After their marriage, they moved to California, returning to Sparta in 1956 when Earl was discharged from the service. They enjoyed 38 years together before Doris passed away in 1991.

Earl had many jobs throughout his life, but perhaps his favorite was working as a plumber at the Tomah VA. He enjoyed the people and working on many projects. His brother, sister, and brother-in-law had also worked for the VA, so he felt a sense of family and home there.

One of Earl’s life’s passions was fishing. He loved to be in his boat on the Mississippi River. Collecting old fishing lures and displaying them, was his favorite hobby. Each one had a story; and he delighted in sharing them. Later in life, he designed and patented a fishing lure.

He loved to spend time with his family and friends. Much time was spent visiting, telling jokes, playing cards, watching Gunsmoke, and listening to Willie Nelson. He loved a good fish fry and made some of the best pies ever.

Later in the 90’s, he met a special lady, Jan, and they spent many years together hiking, traveling, boat riding, and playing cards. One of their grand adventures was an Alaskan cruise.

In 2018, when additional care was needed, he became a resident at the Tomah VA. He was very happy there, as it had always felt like home to him.

In addition to his wife Doris, he was preceded in death by his parents; three brothers, Francis, Richard, Lyle; and his sister, Doris.

A funeral service will be held at 11 a.m. on Tuesday, November 29, 2022 at Lanham-Schanhofer Funeral Home and Cremation, Sparta, with Pastor Robert Streeter officiating. Burial, with full military honors provided by American Legion Post 100 and VFW Post 2112 of Sparta, will be in Woodlawn Cemetery, Sparta.

Lanham-Schanhofer Funeral Home and Cremation, Sparta, is assisting the family with funeral arrangements.

To send flowers to the family or plant a tree in memory of Earl C. Marshall, please visit our floral store. 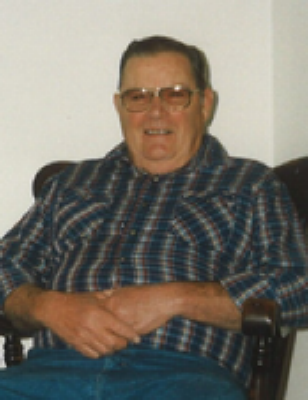