Share a memory
Obituary & Services
Tribute Wall
Read more about the life story of Elaine and share your memory.

Elaine M. Sawyer, 93, of Melrose, died Monday, November 21, 2022 at Liberty Village Assisted Living in Tomah where she resided for the past 5 months. She was born on October 18, 1929, in Galesville, WI to Joseph and Josephine (Hagestad) Norgaard.

The early years of her life the family lived in the Hardies Creek area near Galesville, and eventually settled in rural Melrose. Elaine was baptized and confirmed in the Hardies Creek Lutheran Church. She graduated from Melrose High School in 1947 and on May 22, 1948, she married Evans (Bill) Sawyer at the Melrose United Methodist Church. Bill and Elaine enjoyed 50 years together before his passing on October 31, 1998.

In their early years of marriage, Bill and Elaine farmed in Melrose, and during the summer months while Bill worked on the road for Mathy Construction, Elaine and the girls managed the farm. In 1965 they sold the farm, built a home in town, and purchased the Champlain Gas Station. Bill was the mechanic and Elaine was the bookkeeper. After the girls

were raised, she worked for the Black River Chiropractic Clinic for 24 years as a chiropractic assistant, retiring in 1994. After Bill’s passing, she worked part-time as site manager for Jackson County Aging Unit with the Senior Meals program, retiring in 2018.

Elaine was active in her church. She sang in the choir, taught Sunday School, was the church treasurer, and belonged to the Joy Circle. She also belonged to the Towerette Homemakers and Melrose American Legion Auxiliary Unit 439.

She is preceded in death by her husband; a sister and brother-in-law,  Betty (Bob) Wyss; all of Bill’s six siblings and their spouses; a great-grandson, Justin;  and Mervin Yeske who was her friend and companion for many years.

A funeral service will be held at 11 a.m. on Monday, November 28, 2022 at Melrose United Methodist Church, Melrose, WI with Reverend Roberta Nowicki officiating. Burial will be in Melrose Cemetery.

A visitation will begin at 9:30 a.m. until the time of service, at the church.

Memorials may be given to the Melrose United Methodist Church, Melrose First Responders, or a memorial of your choice.

The family wishes to thank the staff at Liberty Village for the care she received and the excellent, loving, and compassionate support from the staff at St. Croix Hospice.

To send flowers to the family or plant a tree in memory of Elaine M. Sawyer, please visit our floral store. 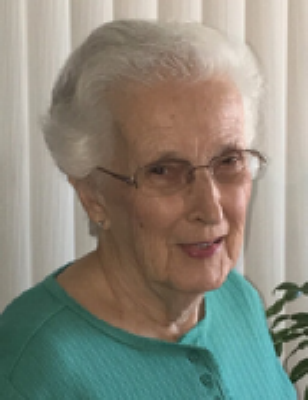