Share a memory
Obituary & Services
Tribute Wall
Read more about the life story of Robert and share your memory.

Robert Lee Mohring, 77, of Sparta, died Friday, December 2, 2022, at his home with his family at his bedside, after a long battle with cancer. He was born December 23, 1944, to Orrin and Loretta (Kuehl) Mohring in Sparta.

Robert married his sweetheart, Jenny Schmidt, and together they had a daughter, Lori. They later divorced. He retired from Northern Engraving, Sparta, after many years of loyal work.

Robert (Red) was a kind hearted, hard working, and down-to-earth person, who enjoyed his friends and family, of whom he valued. He enjoyed socializing with neighbors, bon fires, family dinners, kayaking, fishing, hunting, finding many fix-it projects, tinkering in the garage, and dog sitting his grand pups. He always made time to help family and friends. He also enjoyed his cold beers with friends, especially at a cookout or poolside. He enjoyed spending time up north, and traveling with his long time friend, Mary. He traveled with his daughter and they enjoyed many adventures kayaking on rivers and lakes. Bob and Lori enjoyed the outdoors together, as he took his daughter camping, biking, fishing, canoeing, and hiking, when she was a child and continued to do so until Bob was no longer able to. His closeness to his neighbors; Ron, Jeanne, and Sarah Button (and son, Gavyn), Wayne Dearman, and Tammy Pruit, was also apparent as they were like extended family members to him.

Robert is survived by his daughter, Lori (Todd Bernett); Todd’s Children; his grand pups; nieces, Cindy (John) Pitel and Stephanie Daniells; great nieces, cousins, and many friends that also became family to him.

He was preceded in death by his parents, Orrin and Loretta, his brother, Dennis Mohring, and his ex-wife Jenny Schmidt (Krueger).

A graveside service will be held at 11:00 AM, Saturday, December 10, 2022, at St. John’s Ev Lutheran Cemetery, Sparta, with Reverend Randy Williamson officiating.

To send flowers to the family or plant a tree in memory of Robert L. Mohring, please visit our floral store. 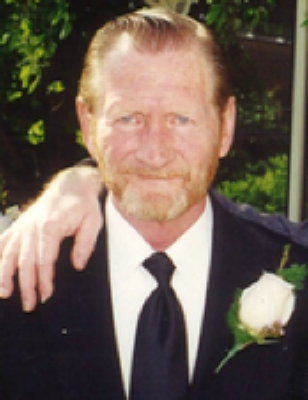